A chat with some of the brains behind MYOB Portal 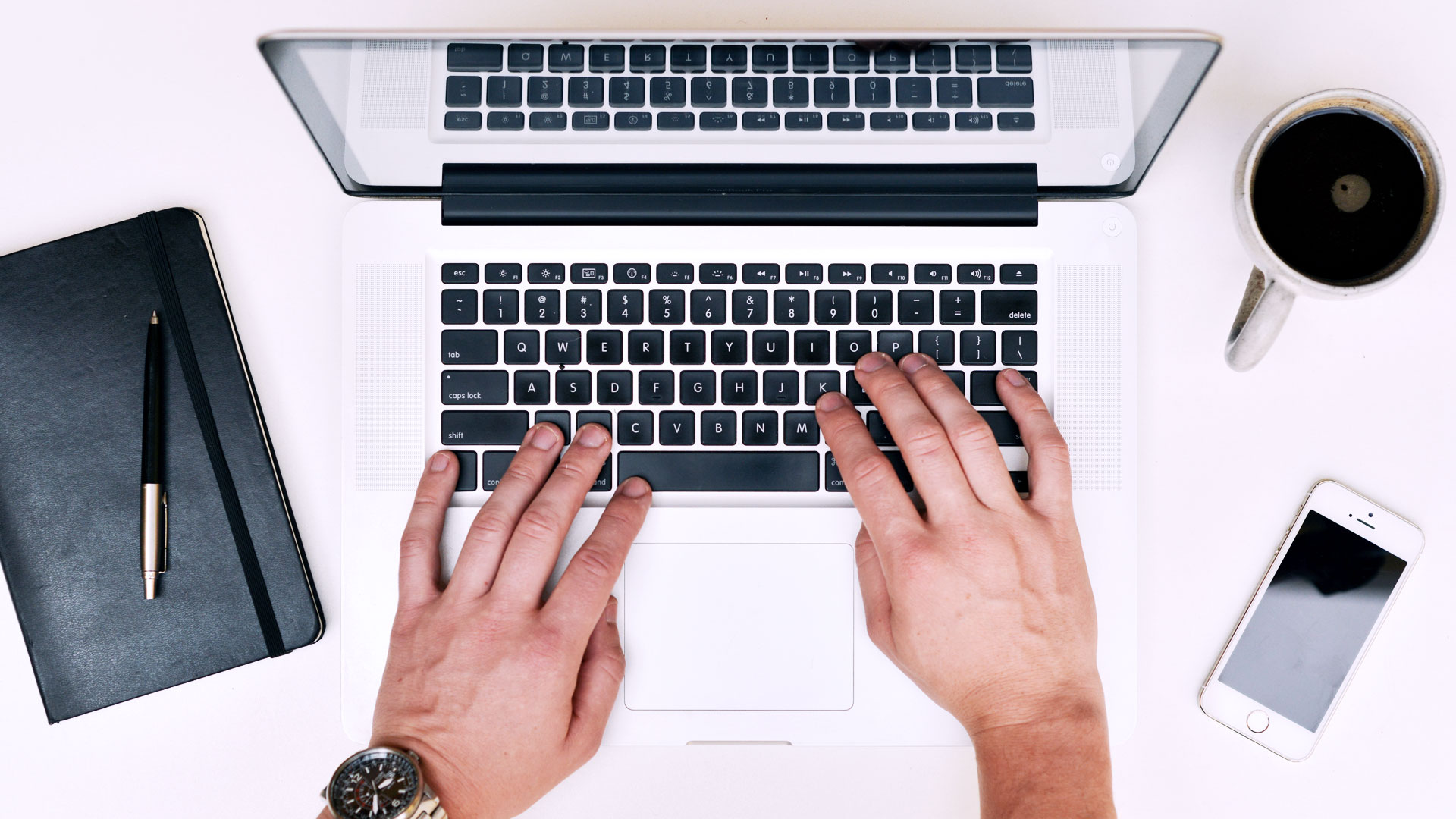 “It’s taken us 20 years to get the market-leading products we have today. The simple engineering reality is that you’re not going to replace that overnight.”

That was Rob Cameron in November 2014, talking about the upcoming launch of MYOB Portal. He was referring to the looming shift from desktop to online practice solutions, with MYOB Portal being at the vanguard of the change. Rob is one of the many women and men – mostly MYOB Partners – that have contributed to the successful online collaboration service we have today.

It turns out, though, that adoption, refinement, and success for MYOB Portal has come quicker than Rob could have ever expected.

It was this service, after all, that led to MYOB being crowned most innovative large company in BRW’s 2015 innovation awards. And it’s this service that has been MYOB’s most successful practice solutions launch in its history.

I caught up with Rob in between his sessions on stage at MYOB Partner Connect to get an update on what’s been happening with MYOB Portal, where it’s heading, and – most importantly – how it’s helping MYOB partners in their practice.

A chat with Rob Cameron about MYOB Portal

MYOB: The last time we spoke, you were a month or so away from launching MYOB Portal in November 2014. How were you feeling at the time?

ROB: Nervous! But optimistic, too. I knew we were onto a good thing from the feedback I was getting from accountants that were in our alpha testing. That was a fantastic experience for us, because we were following the lean methodology of creating a minimum viable product, testing it with our accountants, learning from their interactions, and then building again. It was a brilliant experience that is ongoing today.

MYOB: What’s been the most challenging feedback you’ve received?

ROB: There’s been plenty of amazing feedback. Probably the most challenging was also some of the most constructive. I forget what the exact feature was that they were commenting on, but the gist of it was, “Why is this here?” And my response was, “Oh. Yeah, perhaps you’re right.”

We were following a convention that was unnecessary, and this partner called us out on it. It was humbling and at the same time a really valuable learning for us to continue to challenge the norm.

MYOB: How much of the input that you receive from partners goes into the development process?

ROB: If you’re asking how important the feedback is, it’s everything. This has been a truly collaborative process. With Portal, we’re at the mercy – so to speak – of what our partners want. In other words, we’re really only building what the industry is saying they need. This is truly a partnership, with MYOB primarily bringing the technical know-how to make what’s requested happen.

I mean obviously we’ve got our own plans for how MYOB Portal fits into our long-term roadmap for online practice solutions, but it really is a giant collaboration!

MYOB: What is it about MYOB Portal that sets it apart from competitor offerings?

ROB: I think the biggest point of difference is at the client end. We built this to be used on a smartphone, because that’s what an accountant’s client is using most of the time. There are any number of studies to show the decline in desktop operating system access versus smartphone access.

And the reality is that these clients are busy all day in their business. The last thing they want to do at the end of the day is log in to their computer to answer requests from their accountant. But if you deliver those requests via smartphone, it’s much less effort for them to respond. I’d like to think it’s no more challenging than replying to a Facebook post on their phone. That’s our aim, anyway!

MYOB: In last year’s Savvy Accountant interview, you said that Portal had two primary objectives: collaboration and connectivity. Can you talk more about those two concepts and explain whether you’ve achieved those objectives now that Portal is live in practices?

ROB: Sure. Absolutely, collaboration and communication are the two planks upon which MYOB Portal is built. It’s all about bridging the gap for transaction processing. For many practices, transaction processing has a zero dollar value, so it’s critically important to optimise the time spent in managing the process. That’s where MYOB Portal steps in, to optimise the time required to get a response from clients.

Accountants no longer have to wait for a client to drop important documents in. They no longer have to wait 11 days for Australia Post to deliver the mail. It’s all done instantly, with alerts appearing on the client’s smartphone and document sharing and digital signing potentially being turned around in minutes instead of days or even weeks in some cases.

MYOB: What will a practice get from using MYOB Portal that they’re not right now?

ROB: The bread and butter stuff here is that data is shared securely. Emailing sensitive financial documents is an absolute no-no. And I’d argue the same even with encrypted ZIP folders, for example. With MYOB Portal, you’re getting current industry standard internet security measures including TLS 1.2 encryption, oAuth authentication and security tokens. So it’s secure!

But MYOB Portal is so much more than just a secure data storage service. The core to Portal is our task-centric design, allowing you to bundle documents in a package just like you would an envelope. You can apply instructions to the bundle, ask for signatures on selected documents (if required) and even the order the documents should be read in.

You can use tasks to prompt your clients to share information with you, without providing them with a document. So no more lost emails in someone’s inbox. No more hunting around for the document you sent a client. You can see everything that goes out of and into your practice.

We’re also seeing it becoming an integrated part of a practice’s offering to their clients. The feedback we’re getting is that clients are loving the service. Loving it. And this is reflecting on the practice, not necessarily on us – which is completely fine with me. I mean we’re white-labelling Portal so that it becomes part of the practice brand, not ours. Perhaps it’s not fine for our brand marketing people, but fine with me!

MYOB: Tell me about a success story you’ve heard of.

ROB: Do you know, a lot of cool stories we’ve heard have been around clients being stuck somewhere around the world, and still being able to get their time-critical documents digitally signed and submitted – all from their smartphone. We have dozens of those stories, and there’s a lot of exclamation marks in the emails we get, because the clients are so rapt to have the service. Today I heard about a client who had a knee operation and they were signing documents on their living room chair. Another who’s volunteering in Africa who recently signed their tax returns!

MYOB: What do you say to accountants who are uncertain about taking on a collaboration tool such as MYOB Portal?

ROB: It’s becoming more and more critical to have tools like these in-practice. Not a nice-to-have, but a must-have. Because our clients are expecting this type of collaboration and connectivity. And if they’re being forced to share documents on USB or by mail or having to drop things off in the car, they’ll just say, “You know what? I can do this better with someone else.”

Technology – online technology – is ubiquitous now. There’s no getting away from it. It’s not a fad. It’s here to stay and the smart money is on embracing these technologies to optimise your practice. There’s no head-in-the-and anymore – it’s not going to cut it.

MYOB: Apart from document transfer, what else do you see Portal being used for in the future?

ROB: The best is yet to come for Portal. Historically Portals have been mostly about document transfers, but the opportunities are so much broader. We want to enable the Portal for almost all touch points between the accountant and client. Whether it’s the accountant raising queries or the client responding, the Portal will be wired into all collaborative workflows across Tax, Client Accounting, Practice Management and Corporate compliance. I am not saying that email traffic will disappear but we want to reduce its use to more exceptional issues. The benefits of this will be a robust, transparent, team-based system that will improve client service and productivity.

MYOB: What’s next for you? Anything new on the horizon?

ROB: We have so many exciting releases coming out, it’s hard to know where to begin with that question. A key module for us is always Tax, and we are well down the track of developing a brand new online Tax. We have launched FBT, BAS and now are moving each form in quick succession. We’re also investing heavily in Client Accounting with our new accountants’ ledger coming to market in October. So yes, there’s a lot more on the horizon …

To find out more about MYOB Portal, watch the ‘Introduction to MYOB Portal‘ webinar.

The reason why your accounting practice is unsellable on paper

The truth about digital signatures