The Accounting Journal: accounting through antiquity 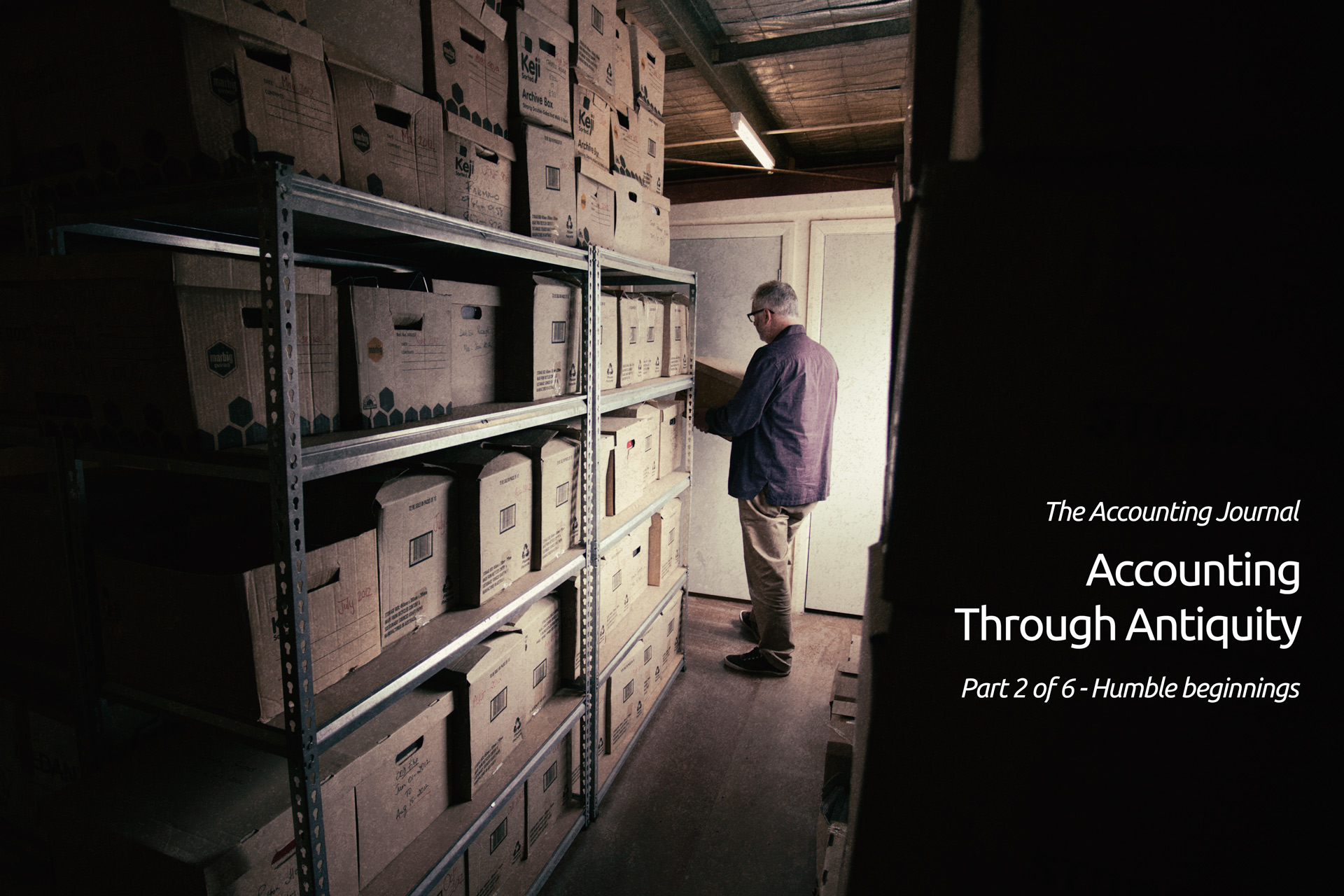 Part 2 of MYOB’s 6-part series on the history of accounting – from its origins to today, and beyond. Start off from the beginning with Part 1: The Accounting Journal: 60 years of Accounting Software

The universal need for keeping track of assets, transactions and resources has been apparent since the beginnings of society. It should not be at all surprising that the invention of written numbers pre-dates the first alphabet by tens of thousands of years. 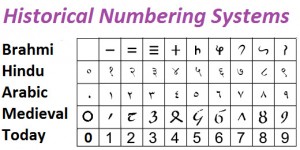 In fact, the earliest evidence of recorded numbers (in the form of “tally sticks”) dates back over 40,000 years.  In contrast, the first known recorded verbal language was established just over 5,000 years ago.

The oldest archaeological evidence of what we’d call accounting documents – records of goods traded – was found in Mesopotamia (known today as Iraq) and dates back about 7,000 years.  There are strong indications that the emergence of fundamental concepts in money, mathematics, and writing (even, ultimately, alphabets) were driven by the need for accounting services.

“…another part of the explanation as to why accounting employs the numerical metaphor is […] that money, numbers and accounting are interrelated and, perhaps, inseparable in their origins: all emerged in the context of controlling goods, stocks and transactions in the temple economy of Mesopotamia.” – Keith Robson, Accounting numbers as “inscription”: Action at a distance and the development of accounting

Eventually we moved beyond making scratch marks on bones or parchment and began using tokens to represent numbers.  This was an important update made by the Sumerians in 4000 BCE, as it allowed quantities to be removed as well as added, paving the way for – yes, arithmetic!

More clever innovations occurred in later eras.  Temple accountants in ancient Iran established a process of baking a chain of tokens into a ball-shaped clay “envelope”, which was imprinted with totals and witness seals (sounds like a signature to me!) on the outside.  Disputes could be settled by cracking open the envelope and counting the original tokens (remind anyone of an audit?).

Eventually, of course, writing and paper were added to our toolkit (and I don’t know about you, but there are times I wish they hadn’t been…)

By the time of Caesar Augustus, the Roman government was regularly publishing accounts of public expenditures including revenues and distributions, subsidies, grants and even offerings to the gods.  Even far-flung Roman army outposts were required to keep careful records of cash and other resources as they handled day-to-day needs of the troops and support personnel, and some of those documents survive to this day.

As the middle ages progressed, increasingly widespread use of money by ever-larger organizations demanded more advanced accounting techniques.  Double-entry bookkeeping emerged in Italy in the early 14th century.  And by the late 15th century, what might be called the first accounting text is published by Luca Pacioli in Venice.  “Summa de Arithmetica, Geometria, Proportioni et Proportionalita” introduced symbols for “plus” and “minus”, and was one of the first books published on the newfangled Gutenberg printing press!

In time, medieval entrepreneurs created the idea of joint-stock companies, and accounting evolved to keep pace.  It became more of a specialised profession rather than something a business owner would handle as one of his many other tasks, as the different methods of management vs financial accounting began to diverge, and the first auditors came knocking at the door…

In the 1770s at the height of the British Industrial Revolution, pottery firm owner Josiah Wedgwood pioneered cost accounting – along with many modern marketing techniques we still use today (such as money-back guarantees, buy-one-get-one-free schemes, and direct mail).  His curiosity and research lead to a deep grasp of the benefits of measuring and tracking costs, an area which few entrepreneurs had bothered to consider.  This enabled his business to outperform many others during a prolonged national recession thanks to improved production methods, optimised marketing strategies, lower fixed costs, and more motivated employees.  And his firm thrives to this day!

It was the UK in the 19th-century where the profession of accountant was standardised and certifications were established.  The Glasgow Institute of Accountants applied for a Royal Charter in 1854, and the Edinburgh Society coined the term “chartered accountant” for its members.

It was increasingly clear that accountants required a broader mix of skills – beyond facility with mathematics, they needed to understand business and contract law as well, all while maintaining the very highest ethical and moral standards.  To help protect the reputation of the profession, the Institute of Chartered Accountants in England and Wales was formed in 1880 and established a strict behavioural code.  By 1887 the United States had established the American Institute of Certified Public Accountants, and other standards bodies were springing up around the world.

Next Week: it’s 1955, and the Univac 1 is about to change accounting forever

A beginner’s guide to accounting software

How to plan for ongoing tech investment in business