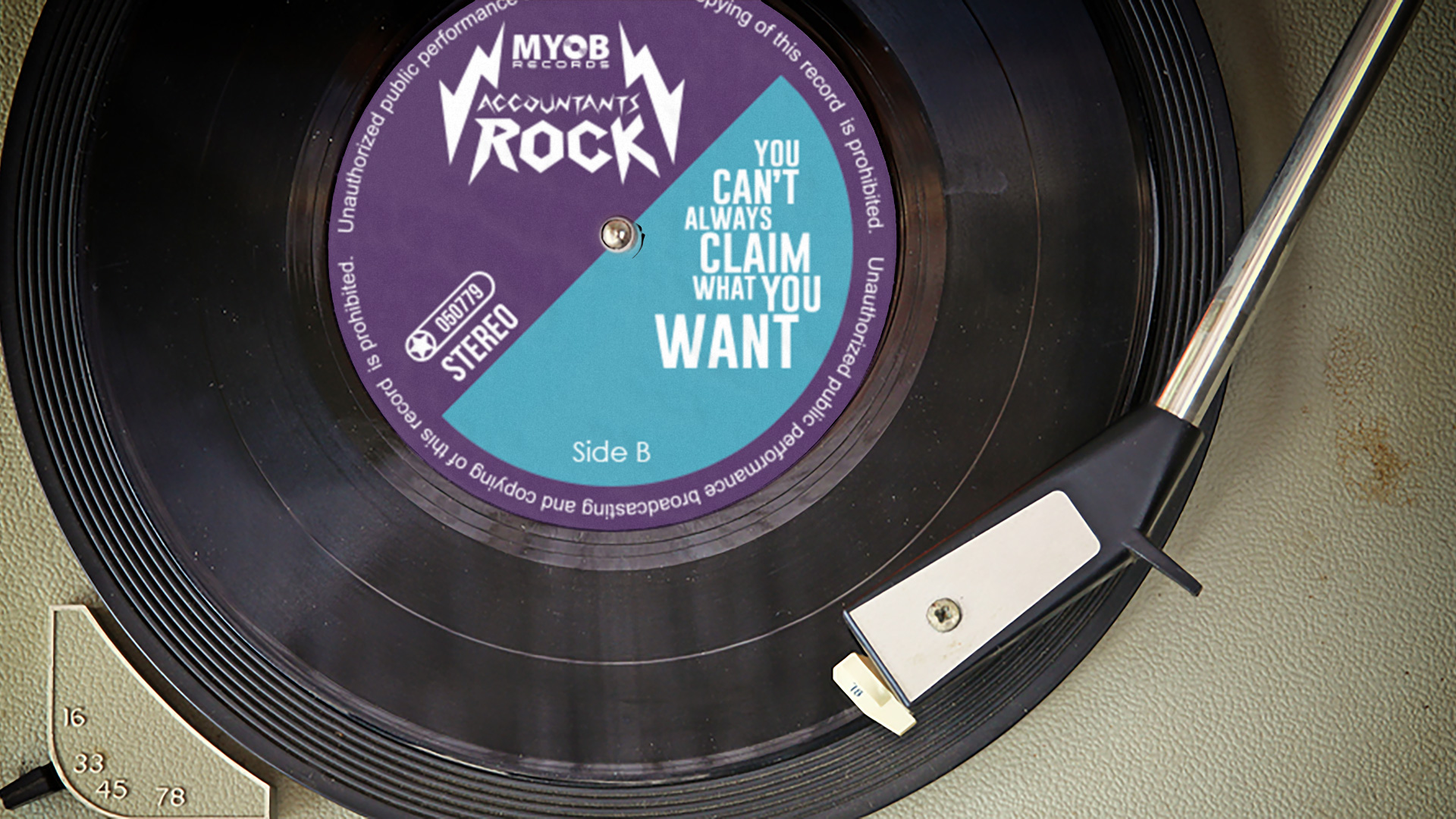 To celebrate International Accounting Day this year, MYOB asks the question “What if legendary Rolling Stones frontman, Mick Jagger, had completed his studies in accounting and finance at the London School of Economics?” The 1960s might’ve played to an altogether different tune…

England’s biggest accounting practice, The Payrolling Stones, recently released the hit song Hefty tax woman. In a unprompted surge of creativity, Mr Michael P. Jagger, Chairman and founder of the practice, and managing partner Mr Keith Richards were inspired to write the song after encountering a bevy of Brazilian tax agents while attending a tax seminar in São Paulo.

In an interview with Journal of Accountancy, Mr Jagger revealed Hefty Tax Woman’s distinctive beat was created by pounding the buttons of a Hewlett-Packard HP 9100A electronic desktop calculator. The Payrolling Stones’ Managing Director Mr Jimmy Miller originally suggested using a cowbell. “I told him that’s just stupid,” said Mr Jagger. “Only a bunch of squares would use a cowbell.”

On the B-side of the hit record is You can’t always claim what you want, a catchy song recorded in the photocopier room of the Bank of England. The opening of the song was performed by Her Majesty’s Revenue and Customs Choir (HMRCC).

“I love performing the song at accounting conferences,” said Mr Jagger. “When the women in the crowd start throwing their pocket protectors at me it sends my abacus clicking.”

Despite their fame, unexpected by most accountants, both Mr Jagger and Mr Richards remain humble and professional. In fact, Mr Richards recently set the benchmark for good behaviour when he stayed at a hotel in Los Angeles. When hotel staff entered Mr Richard’s room after he checked out, they were shocked to find the windows had been professionally cleaned and the television had been replaced with a newer model.

Mr Jagger finished his interview with Journal of Accountancy by recounting how he and Mr Richards first met at a popular pocket protector store. Mr Jagger was carrying a Chuck Berry album under his arm at the time, so naturally the conversation turned from pocket protector flaps to music. “We discovered we both loved protecting our pockets from pen leaks as much as we loved music,” revealed Mr Jagger.

The rest, as they say, is history.

Have you got your own killer #AccountantsRock song title? Let us know!

Download the high-resolution artwork for ‘You can’t always claim what you want’.